The girl said that in 2018 she would often visit the 33-year-old man's apartment with her friends. 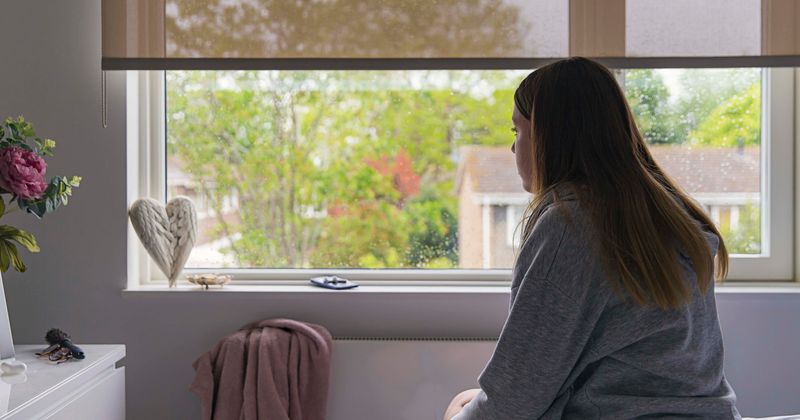 Trigger warning: The article contains details of sexual assault that may be distressing to some readers.

A 16-year-old schoolgirl recalled a harrowing incident that took place when she was just 13 years old.  Addressing a jury during a trial, she spoke of being assaulted by a 33-year-old man and how she managed to fend off the attacker. The man identified as Stephen Beveridge forced her into having unprotected sex with her after she had visited him in his residence in Edinburgh, Scotland. The young girl and her friends would often visit Stephen's apartment to smoke cannabis, reports The Mirror. "We just got high, like all the time. It was good," the girl said.

Schoolgirl claims she stopped man raping her by kicking him in the testicles https://t.co/c52t3kwk0C pic.twitter.com/RnqdeaVTPP

Earlier the young girl would often skip school to meet at Beveridge's apartment, along with her friends. However, she began noticing the man would behave inappropriately on many occasions. She told the jury that Beveridge would only allow her to leave his one-bedroom apartment after she gave him a hug. She recounted many incidents of sexually inappropriate behavior from his end. One time he tried to "poke" her, repeatedly attempting to force his hand down her trousers to touch her private parts. There were times where he would grope her over her clothes. Once he took her hand and put it on his groin area before making a brash sexual comment. Of the times he would attempt to "poke" her and when "he just kept trying" she would say "'No. Get off me!' I said things like: 'Don’t f**king touch me again!'" the girl said in court. In response to the girl's warnings, Beveridge would dismiss her response and tell her, "It’s not a big deal..."

The alleged rape took place in 2018. The aggressor tried to force the young girl into having sex with him, but he did not get his way as she explained in court, "Not fully. I stopped it. I kicked him in the balls and told him to f**k off." She then threatened to cut Beveridge's manhood off. That's when he finally backed off. Well, sort of. "Sorry," he told her as he went into the bathroom. During the attack, he even threatened to rape the teenager's sister and friends if she told anyone about the incident. But soon after he came out of the bathroom and not too long after the attempt to rape her, Beveridge went up to the teenager while she was sitting in the kitchen. And as he stood inches away from her, the man took her legs and wrapped them around his body as she sat on a chest freezer.The teenage girl also revealed how the man tried to hug her 14-year-old friend, but she told him, "f**k off."

The 33-year-old from Edinburgh was eventually charged with raping and sexually assaulting the two underage schoolgirls – one aged 13 and the other aged 14 at the time – at his then flat between August and November 2018. In court, video recordings of the schoolgirl's evidence against Beveridge were played. Another allegation against Beveridge is an incident that involved him abducting the older girl and detaining her against her will and then assaulting her by slapping her in the face. Among the 11 charges against him, charges of supplying cannabis to youngsters, and possessing an imitation firearm, and firing an airgun at two youths were also included. He was also charged for behaving in a threatening manner by punching walls and doors and cutting himself with a knife. He denied a total of 11 charges and has lodged a special defense of incrimination in relation to the charge of discharging the airgun. The trial is still underway.