Tammy Slaton came out as pansexual to her boyfriend Jerry, who welcomed her embracing her sexuality and told her he loved her. 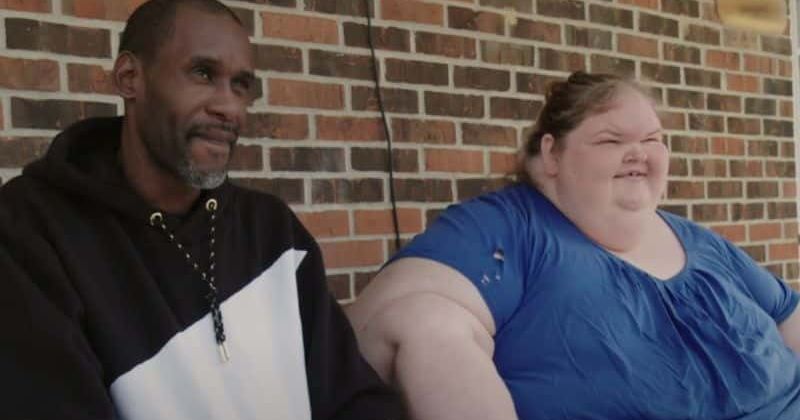 Tammy Slaton, star of 1000-Lb. Sisters, came out as pansexual during the show. Tammy Slaton opened up about her sexuality to her boyfriend of two years, Jerry, in an exclusive clip from Monday's episode. The clip shared showed 34-year-old Slaton at a restaurant along with her boyfriend Jerry, her sister Amy and Amy's husband Michael. Slaton can be seen hesitating to talk about her sexuality. " Jerry, I got some stuff that I need to talk about," Tammy Slaton can be heard saying. Jerry replies saying she can tell him anything. "I am pansexual," she tells him. Jerry looks confused and asks her what it means, and she replies. "It means love is love. I would date anybody whether they're transgender, straight, gay," said Slaton, reported TMZ. Jerry still remains puzzled and asks her if she would date a transgender man. "Yeah. Or girl. It's about how they make me feel, not how they look," she explains. Someone is a pansexual when their romantic or sexual attraction is not limited to people on the basis of their gender identity or sexual orientation.

Slaton, the star of the TLC show, said she herself didn't understand the meaning of the word, and her own sexuality until she had a conversation with a friend who identified as a pansexual. "I always thought I was bisexual, and then I started talking to one of my friends and she told me she was pansexual, and I asked her kind of what it meant," Slaton said in a separate interview from the show. "It means you love everybody, not just the same sex. And I was like, 'Well, I guess I am too," because I wouldn't mind being with someone who's transgender, or whatever," she added.

Jerry can be seen still processing the meaning of her words but he still goes ahead and tell her, "I still love you." He then adds, "I'm still trying to figure out what it means, but I'm okay with it. I love Tammy the way she is," said Jerry. Slaton said she pleased with Jerry's reaction. "I'm happy because he took it pretty well. Acceptance of people's sexuality is important to me," added Jerry.

Amy Slaton and Tammy Slaton came on the show because their health was in danger and they needed help in losing enough weight. Tammy Slaton's family was worried for her after she gained close to 50 pounds in a month. According to Heavy, Tammy went from weighing 595 pounds to 644.5 pounds within a month. Chris, her brother is concerned for her. “I didn’t even think that was humanly possible,” said Chris. Amy Slaton said her sister wasn't controlling her diet as much as she needed to, and called her an emotional eater. Amy Slaton also accused her sister of not taking her weight-loss goal seriously. “She don’t know how to control her portions. It’s to a point where I want to pull my hair out or want to pull her hair out," said Amy. Tammy was unable to reach her weight-loss goal during season 1 of the show. Dr. Procter, their physician, was forced to drop her as a patient. Chris has warned Tammy's mobility could be affected if she kept on gaining weight. “If she gets to a point where she can’t get around by herself because of the weight gain, it’d be like having a very large infant child.” He suggested she might have to look for an assisted-living facility, before adding, “she’s not going to like that s*** at all.”