Christian Stone was accompanied by Abbey Meeker, 23, and they cleaned the cars of Westerly Hospital staff in Rhode Island. 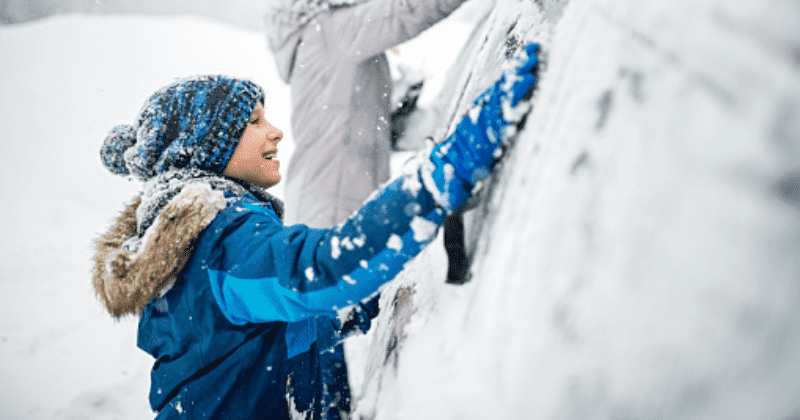 Westerly In Rhode Island witnessed a snowstorm on Monday last week leading to the temperatures dipping below sub-zero degrees. Most people would normally sit at home and dare not venture out. But Christian Stone, a 10-year-old boy was busy getting all the snow off the cars of staff at the Westerly Hospital. Stone wanted to do something for the nurses and staff of the hospital and show his appreciation for the work they have been doing all these months. Stone was helped by his mother's friend, 23-year-old, Abbey Meeker who said she was not really up for the task in such weather but was inspired by the little guy's determination. Meeker said the idea was Stone's and she just decided to help him. "We kind of made it a game," Meeker told CNN while adding, she and the boy's mother were in school together.

"Christian is wise beyond his years. He's my little partner in crime." She added. Stone's aim behind the heartwarming gesture was simple - to help staff so they reach their homes earlier. Stone told WJAR, "I was thinking they've been helping us a lot through this whole pandemic, and I figured why don't we help them, you know? All day, every day the nurses here, they deal with the pandemic like COVID and they want to get home from work, so we thought we would make it a tiny bit easier for them by cleaning off their cars for them." The duo took some tools, put on their winter gear, and started in the afternoon. They worked for the next few hours and into the early evening. By the end of it, they managed to clean some 80 cars in different parking lots of the hospital.

During yesterday’s storm a 10-year-old and his mom’s friend took it upon themselves to clean off dozens of cars of Westerly Hospital employees. “I was thinking they’ve been helping us a lot through the pandemic and why don’t we help them?”- the story @ 5:30 @NBC10 pic.twitter.com/FUAdkpeUeS

"Christian wanted to do something good for nurses about a month ago when it stormed, and he said next time it snowed, he wanted to clean cars off for nurses because of COVID. I told him I would come with him," said Meeker. "We came here around 2 o'clock, we cleaned off the first shift cars and the nurses came out," she continued. "They thanked us. Honestly, we've probably done at least 80 cars. We did 20 there, 30 here, another 20 before we called it quits." The duo did the cleaning without expecting any payment. Stone said witnessing people happy to see their clean cars was all the 'payment' he needed. "It's been cold but extremely fun seeing how happy they get. Some of them say, 'Thank you so much' and I'm just really happy to see them happy," said Stone.

They are definitely a blessing and deserves many thanks. Bless the two of you.

A few people handed the duo some cash for their work and the services offered. Meeker added, "I hate the snow but being out here with him because this is what he's passionate about. I did it because he wanted to do it. It's a good feeling. We just said, 'We're doing this for you guys cause, you're here for us.'" Stone said the feeling of helping the staff was priceless. "I feel like I actually helped someone out and that's a really good feeling when you know someone has been helped out. We want them to be able to go home and see their family after a long day of work." People who got to know of the duo's good work were all praises. On Facebook, Cindy Wood, a healthcare worker commented: I work at a top hospital in the country, I can’t say enough what a thoughtful thing that was.

.@westerlyhosp staff were met with a wonderful surprise upon leaving work during Monday's storm. Abbey M. of Westerly and her friend's son, had wiped off the snow from their cars in the hospital's parking lots as a thank you to our essential employees.https://t.co/dIZGIRjGfr

She added: 12-hour shifts takes a toll, to find my truck shoveled off would be awesome. Kudos to those thoughtful people! Another commenter, a nurse named Nancy Remillard Braga wrote: As a 2nd shift nurse who hates cleaning off my car after my shift, THIS is amazing!!!